Czech technical and professional photographic press informed their readers regularly about new technologies in color photography. Probably the first important paper, “Photography of Colors”, was published in Živa in 1863. No wonder that in July 1907 — shortly after the Autochrome was announced — a report about it was published in “Photographic Horizons”. Theoretican of photography Jaroslav Petrák referred to it in an article titled, “What we still don’t have, and what we are waiting for”: “… For a few years it has been rumoured in professional circles that the Lumière brothers from Lyon are working on the solution for color photography…” He wrote that at the end of May 1907, the Lumières had proved the taking of a picture, and the developing of a color image.

Already by the summer of 1907, Autochrome plates bought in France were being used here. By the end of summer it was possible to buy them in shops in Prague. Later, on 15 September 1907, the “Photographic Bulletin” wrote about the prices of Autochrome: “The prices are very high indeed. One package (box) 9×12 cm with 4 plates costs 9 K, and 13×18 plates cost 18 K. …”. 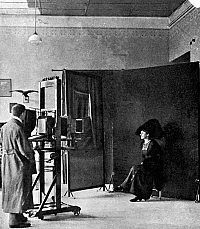 The pioneers of Czech Autochrome were not only the professional photographers, but artists, scientists and amateur photographers as well. Vladimír Jindřich Bufka (1887 – 1916), one of the most important Czech photographers of pictorialism, put his mind to the theoretical and artistic aspect of Autochromes, and studied the technique of Autochrome directly in Lyon. In October 1909, in Prague, he organised an illustrated lecture about Autochrome, which was probably the first time Autochromes had been demonstrated here. One year later, in 1910, he published his findings in a publication, “Photography in Color with the Autochrome Plate”. Unfortunately, only one of his Autochromes has survived to this day.

A similar fate befell many Autochromes of other important Czech photographers. Very few of these fragile, difficult-to-reproduce images on glass have been preserved. The originals that do survive are extraordinary, and very valuable. Photographer and scientist Karel Šmirous (1890 – 1981) worked on the reproduction and printing of Autochromes. In this exhibition, there is a special section about Šmirous.

One of most important Czech photographers of the early 20th century was Rudolf Bruner-Dvořák (1864 – 1921), famous mainly as a pioneer of reportage photography. His work, including Autochromes, is noted for a richness of subjects and technical perfection. As well as for his own use, he used Autochromes to reproduce paintings by his brother, František Bruner-Dvořák.

In this exhibition, there are several Autochromes by Josef Jindřich Šechtl (1877 – 1954), who worked with this material from around 1908 to the 1920’s. Working with Autochromes in Tábor as well at this time was Jaroslav Husník, son of Jakub Husník, the inventor of collotype. He was very interested in color photography, and was working with his father on research into reproduction techniques and three-color printing. 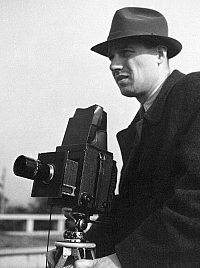 Ferdinand Bučina (1909 – 1994, Prague) at the beginning of his artistic activity used color photography only rarely. Still, 18 interesting Autochromes have been preserved. Mostly they show rural folklore from Moravian Slovakia, where he came in 1937 as a reporter and cameraman for a Czechoslovak periodical. Other pictures, from a journey to Carpato-Ukraine in the summer of 1936, which Bučina had sent by post to the periodical “Ahoj”, have not been preserved.

Autochrome ingratiated itself with a number of other Czech photographers, both professionals and amateurs. Their work has mostly not been preserved, or at least cannot be found. World War II put an end to the evolution of Czech Autochrome photography. The import of Autochrome plates was forbidden, and only the German raster plates, “Agfa Farbenplatten”, could be used.