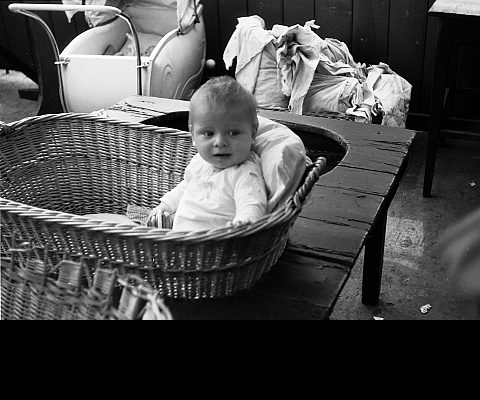 n 1902, the widow of architect Antonín Mick, who cooperated with J. Mattoni, gave his villa with its the garden to the congregation of the Sisters of the Holy Cross, on the condition that a children’s orphanage be founded there. Because the villa wasn’t big enough, in 1903-1904, the new cloister, with orphanage, was built. In 1928, a hospice for young children was added. In 1955, 5 years after this photograph was taken, the sisters were forced to leave the cloister, and an elementary school was built there.