1928: Exhibition of Professional Photographers in Brno 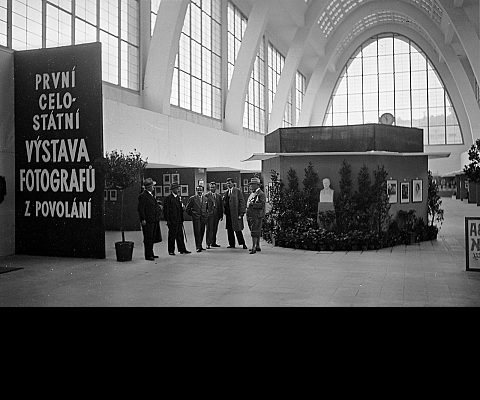 The first dated 35 mm film in our archive is from the exhibition of photography that was part of the large Exhibition of Contemporary Culture in Brno, celebrating the 10th anniversary of Czechoslovakia. The famous functionalist Palace of Trade and Industry, known today as Pavilion A of the Brno Exhibition Centre, was built for this exhibition.

Unfortunately it is not known if the Šechtl & Voseček studio participated in the exhibition. The only preserved 35 mm film from the exhibition shows numerous shots of a man (standing on the right of the group in the photographs) demonstrating a Leica camera to his colleagues. It is thus possible that Josef Jindřich bought his Leica at this time. The exhibition was opened on May 26th 1928, while our second dated 35 mm film comes only from Christmas 1928. It is thus also possible that Josef Jindřich just experimented with the camera here, and actually acquired his camera later.