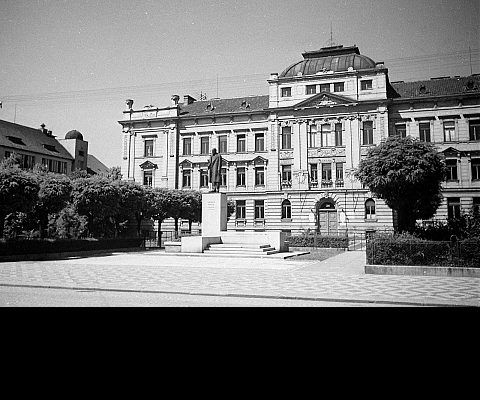 Josef Jindřich recorded changes in the city during the Nazi occupation on a number of the 35 mm films. He photographed the streets before and after German signs were introduced, the tombs on the New Jewish Cemetery that was destroyed during the war and more.

We have chosen just a few from those interesting documentary photographs.