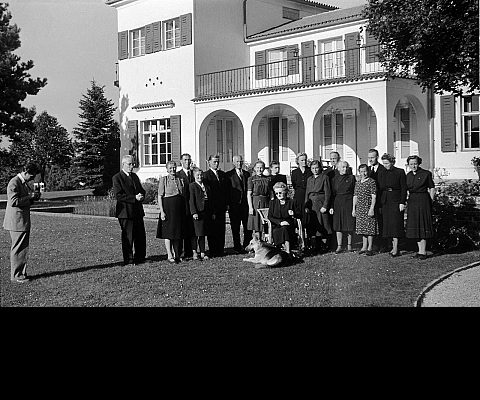 The whole Šechtl family, including Josef Jindřich, his son Josef and Josef's wife Marie, took photographs at the funeral of Edvard Beneš. The main photographs were taken on 6×6 cm and 9×12 cm film, the 35 mm camera shots thus were taken as a sort of backup. Josef jindřich displayed the photograph of Edvard Beneš at his studio and was selling them until his death in 1954, even illegally after the studio was nationalized.