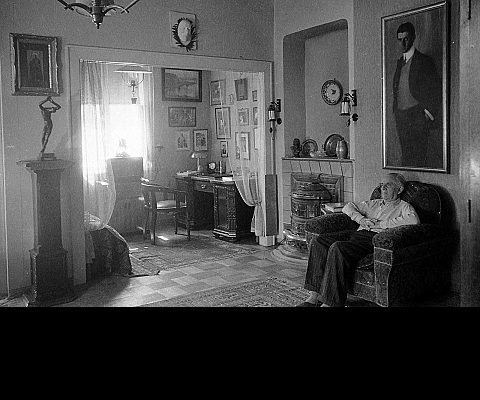 These images, from the apartment of National Theatre actor Jaroslav Hurt (1877 – 1959) bring an impression of sentimental farewell to the old times.

In 1906, Hurt had become an actor at the National Theatre, where he playedroles of heroes and rebels. In 1920 he organised the transformation of the Estate Theatre from a German theatre to be the second stage of the National Theatre. In 1925, he refused to accept the expressionist style and left the theatre. Hurt’s name is especially connected with the beginnings of Czech radio broadcasting. He started work there in 1927, and built a foundation in radio drama, both as an actor and a producer. In 1950 he retired, at the peak of his career, as chief of drama in České Budějovice.