November 28 2008
We added number of photographs from 1960 by Marie Šechtlová during the works on monography dedicated to her photos Třeboň, Mountain at Slovakia
November 25 2008 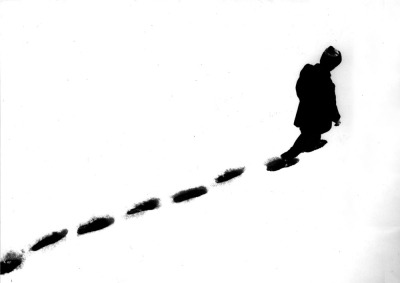 We wish you happy new year 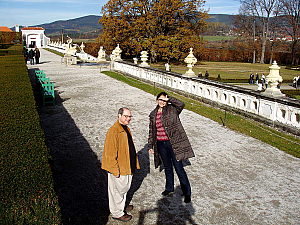 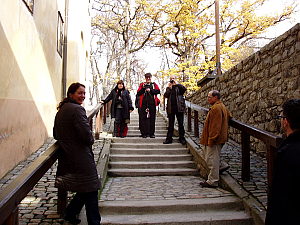 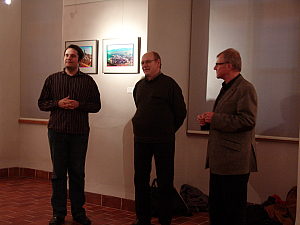 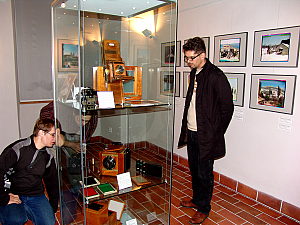 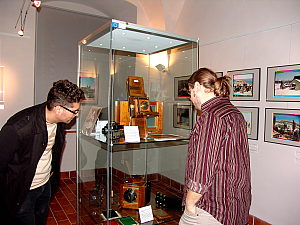 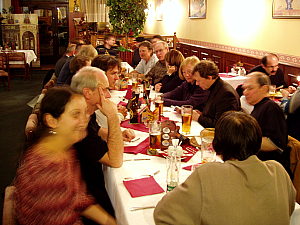 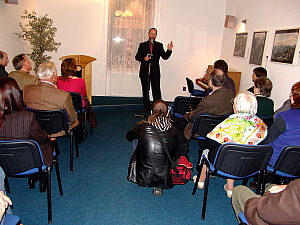 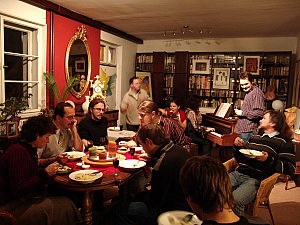 We had the most busy week in the history of museum. Workshop Legacy of three-color photography in National Technical Museum in Prague allowed us to share information on early color photography. Workshop was followed by weekend trip to Museum Fotoateliér Seidel in Český Krumlov, to opening of exhibition Legacy of three color photography in National Museum of Photography in Jindřichův Hradec and finally opening of exhibition Fred Payne Clatworthy: Pictures Taken in Natural Color in Šechtl and Voseček Museum of Photography in Tábor. Finally Mark Jacobs lecture on F. P. Clatworthy took place at American Center in Prague. All event went well and we are grateful to all participants of workshop as well as everyone who came for openings and talks.
October 23 2008
Exhibition of Jaroslav Charfreitag was closed today. We would like to thank to everyone who came to little celebration and helped with demontaging the exhibition
September 18 2008 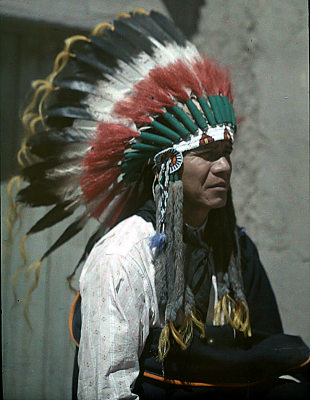 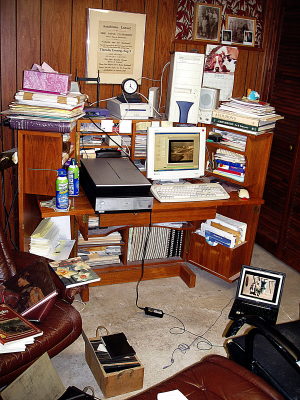 We are digitizing autochromes from Mark Jacobs collection in Madison USA. Our next exhibition will consist of autochromes by Fred Payne Clatworthy digitized here.
September 13 2008 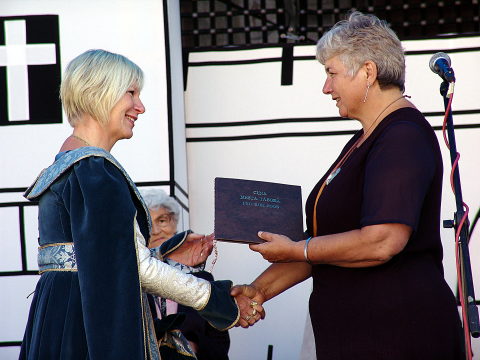 Marie Michaela Šechtlová is accepting award awarded by City of Tábor to Marie Šechtlová for her lifetime work and propagation of city.
September 7 2008
210 new photographs.
September 3 2008 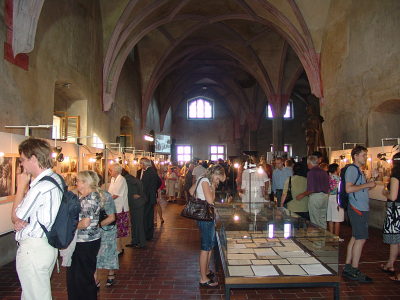 In gothic hall of Tábor city hall was opening of exhibition “Dr. Edvard Beneš: Czechoslovakian diplomat, politican and president”. This exhibition contains a number of photographs from our archive. From tomorrow it is available to public. 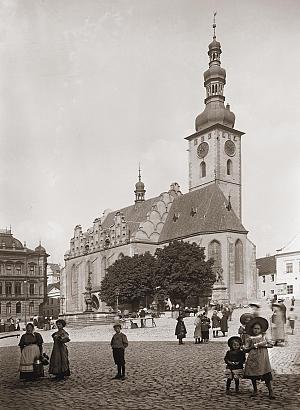 We have prepared a new Šechtl & Voseček Museum of Photography Calendar for the year 2009. This year we have chosen vertically oriented photographs, showing life and buildings of the old town of Tábor in the late 19th and early 20th centuries. All photographs have been prepared from original negatives from our archives, and paying great attention to quality of reproduction.

Calendars will be available from the end of August 2008, from the usual outlets. However, larger orders (for more than 10 copies) may be ordered directly from us. We are also able to imprint calendars with the logo of your company or organisation (on card stock paper 5cm longer than the calendar itself). The cost of such personalised calendars is 130Kč. 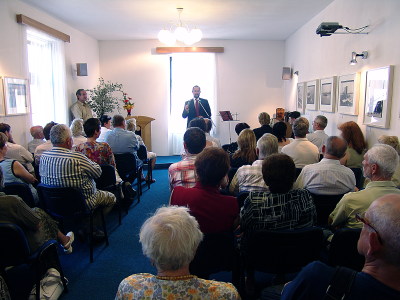 The opening of our 12th exhibition: “Jaroslav Charfreitág: Trip to the New World” was very successful. We are grateful to everyone who came to the opening day, and especially to Jaroslav Strnad, grandson of the photographer, for opening the exhibition, and for explaining to us the details of Charfreitág's inventions.
July 20 2008
69 new photographs Marie and Josef Šechtl playing Tennis in Tábor
July 12 2008
Main part of 11th exhibition of Šechtl and Voseček Museum of Photography is now available on-line
July 7 2008
July 1 2008
150 new photographs Young people on sheet film, Holar school, Dlouhá (long) street, Převrátilská street, Chlum u Třeboně, Vlčkova's family, Černý familly, Vodňanský familly, Hana Benešová, Dr. Edvard Beneš - before abdication, Dr. Edvard Beneš - after abdication,

Archive for first half of year 2008